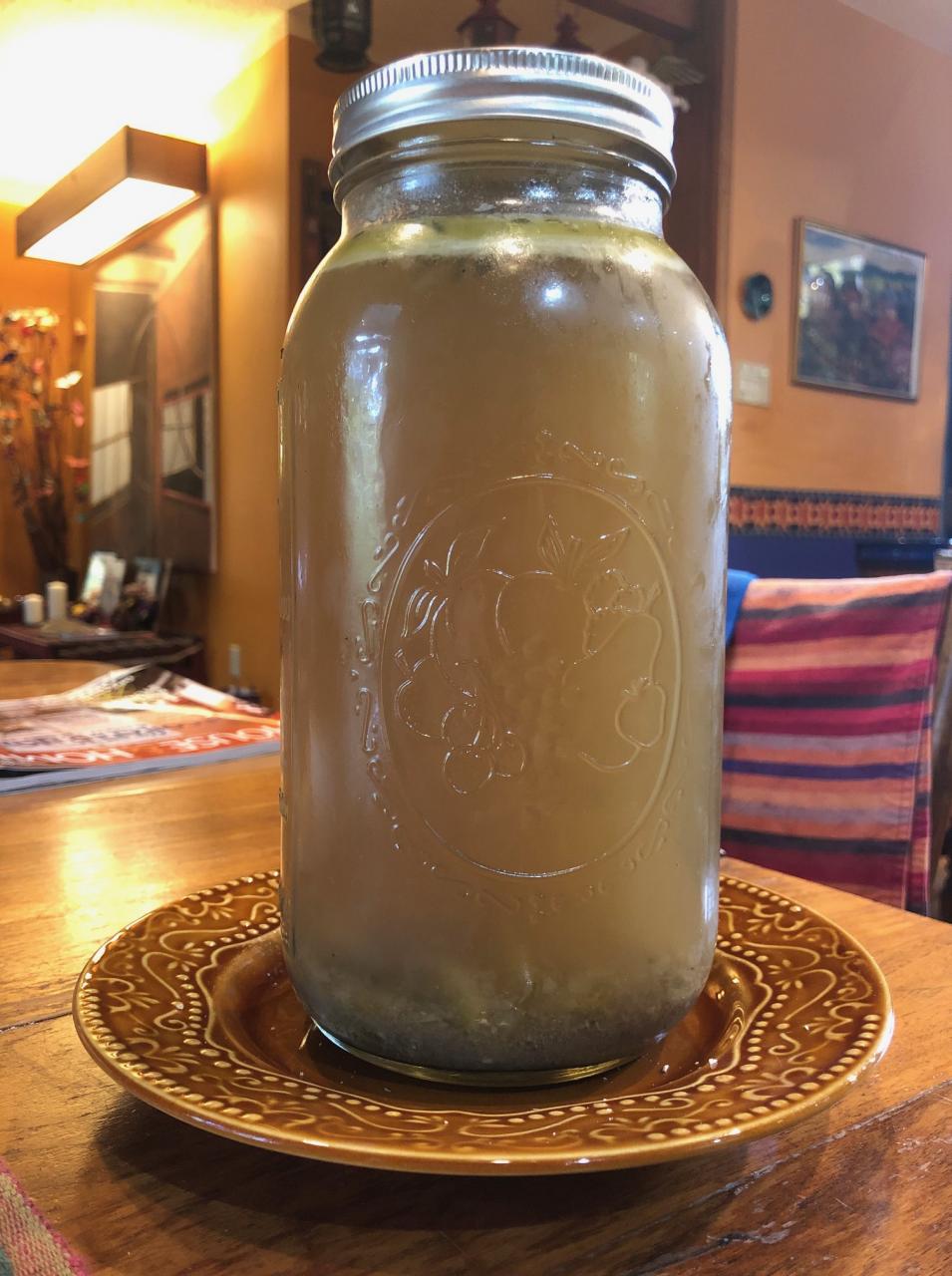 We don’t have any “written in stone” rules for making giblet gravy stock, but this is the one my Mother made for Thanksgiving 2019. Don’t feel like you have to follow the recipe slavishly, it’s just a base. Hate one of the ingredients? Leave it out. Like something you don’t see, put it in. You get the idea.

Bring the works to a boil, skim off any foam that rises and simmer on low for about 2 hours.