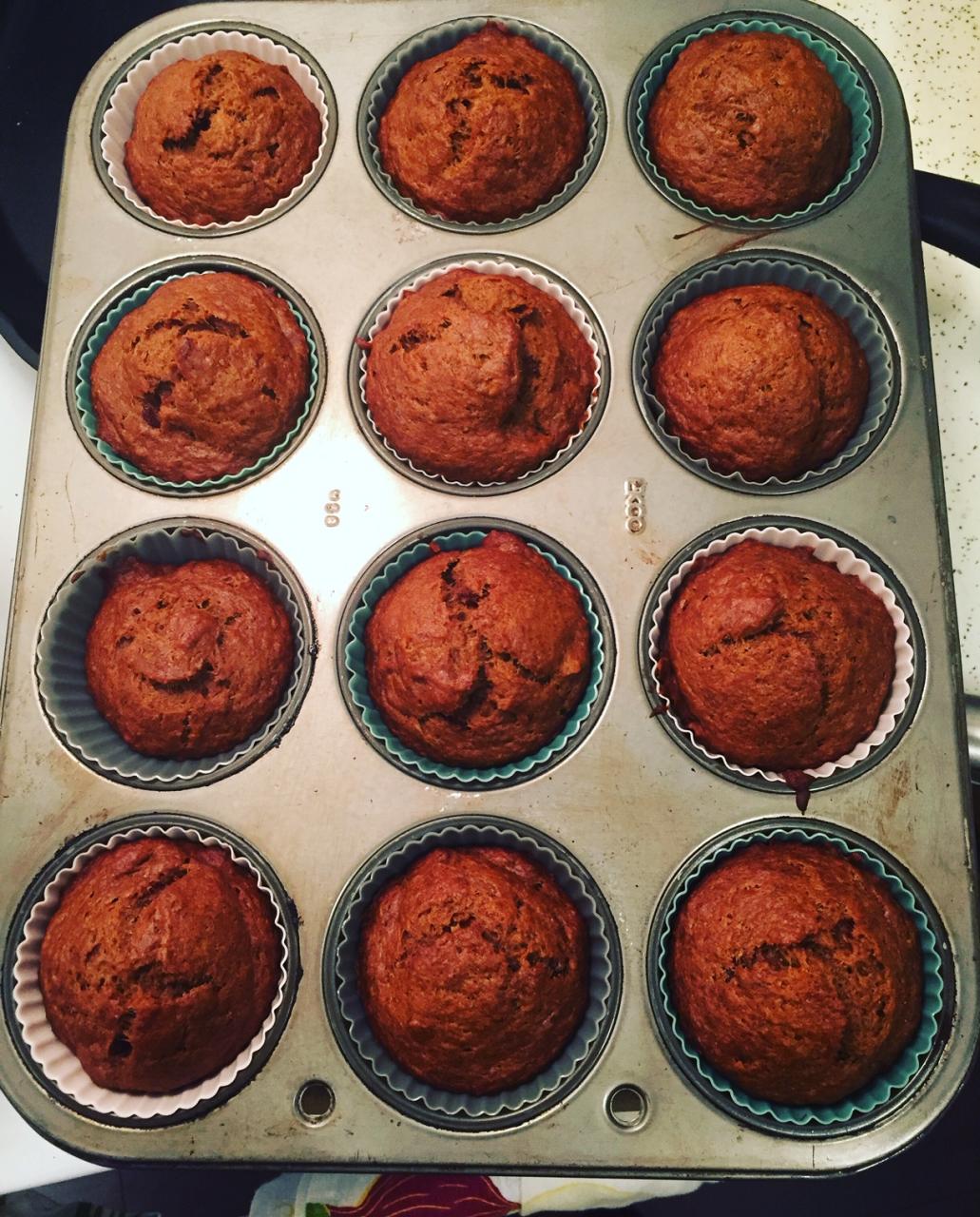 I had made a whole whack of slow cooker marmalade ages ago and was about to throw it out but then thought I’d give it a taste. It was fine. I was also going through the last of the banana graveyard in my freezer so instead of making cranberry sauce, I thought I’d use the marmalade instead to see what would happen. What happened is a new recipe I quite like.

Preheat the oven to 350F and in a Kitchen Aid with paddle attachment or a regular old mixing bowl incorporate the ingredients in the order listed. Divide evenly into 12 lined muffin cups and bake for 50 minutes or until a skewer comes out clean when you poke it in the middle. Allow to cool 5-10 minutes and remove from pan and place on rack to cool completely.