Pulled Pork in the Slow Cooker 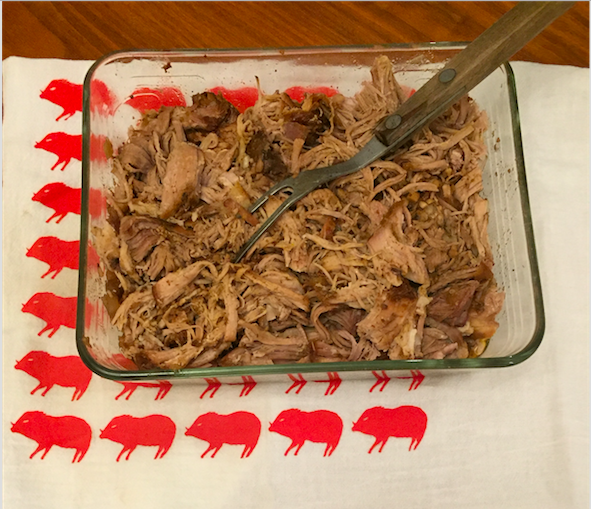 Pulled pork is great for sandwiches and tacos and generally just a hearty treat for a cold fall day. It’s also incredibly easy to make in the slow cooker and pork is often a reasonably priced meat. I bought a pork shoulder on special awhile back and I’m always looking for meals that are easy to make for a crowd and the holiday season is coming! This recipe fits that bill. It is an adaptation of Ultimate Slow Cooker Pulled Pork from Inspired Taste (thank you!). The result was melt-in-your-mouth pork (apologies in advance to my vegetarian and vegan friends…please don’t hate me).

Warm up the pork as you use it in pulled pork sandwichs , tacos or just eat it with rice and some sort of green vegetable (because you really should eat more vegetables).

Note: this is quite salty, so if you don’t like salt, cut the rock salt in the rub back to 1 Tbsp. I haven’t tried it yet but I think this would be awesome with Peruvian green sauce in a corn tortilla.