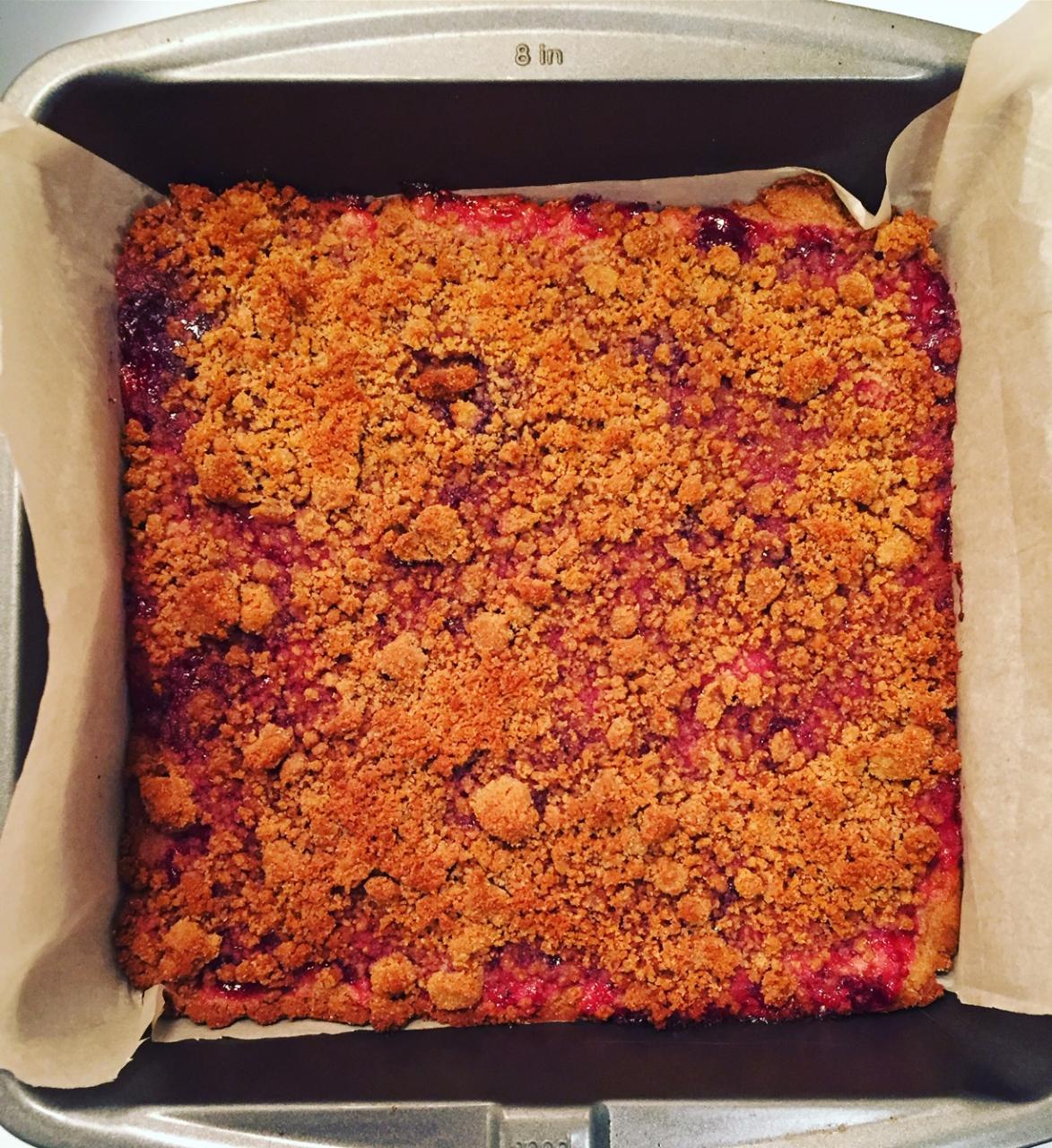 Somehow I ended up with two packages of coconut flour, two large jars of raspberry jam, and two packages of best brown sugar. No, this was not because of pandemic shopping. When this kind of thing happens it’s the universe (and my Scottish heritage) telling me that I need to figure out what to make so it doesn’t go to waste. I stumbled on Paleo Running Mamma’s Raspberry Thumbprint Recipe as I was looking up whether I could substitute coconut flour for almond flour (you can by the way, it’s either a 1:4 or 1:3 ratio – coconut flour being the “1”). I used regular jam instead of the super healthy raspberry, chia and maple syrup concoction, and I used brown sugar instead of the maple syrup. I know, I know, I’m sure the uber healthy version is super delicious, but come on people, these are cookies. Or, that is my story and I’m sticking to it.

Note: I was going to roll these into balls and do thumbprint cookies but they would not hold together without cracking when I “printed” them (probably because of the coconut flour). The first time I made these I didn’t pre-bake the base and while they were fine, I think pre-baking produces a better result.