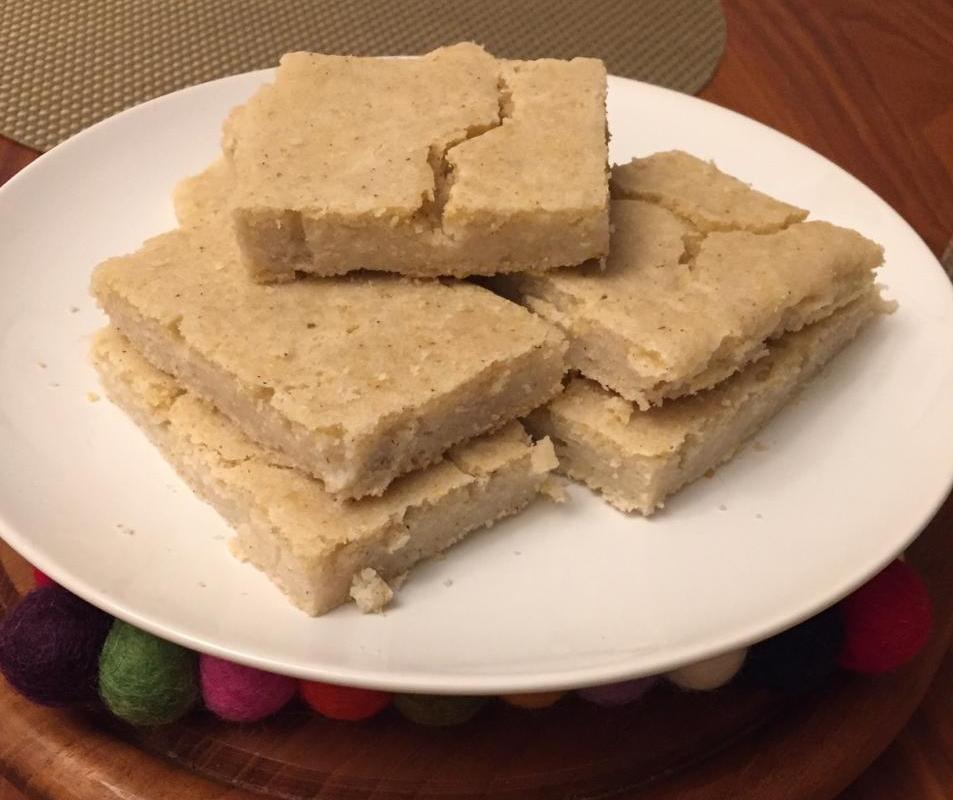 I had bought some sprouted corn flour from One Degree Organics as an experiment. I like their food transparency policy and the fact that they are a family company. At first I attempted tortillas. Let’s just say that did not go well. However, I believe in second chances, particularly where unfamiliar ingredients are concerned. So, I thought I’d try out the cornbread recipe on their site with a few modifications. The taste was great but the rise was minimal and you need to either grease the pan heavily or line it with parchment paper because “holy, stick to the pan Batman!” Despite that fiasco, I will make this again because the flavour was really very nice. However, next time I will not use Compliments Brand Gluten-free mix (that’s strike three for them) and I will use parchment paper to line the pan!