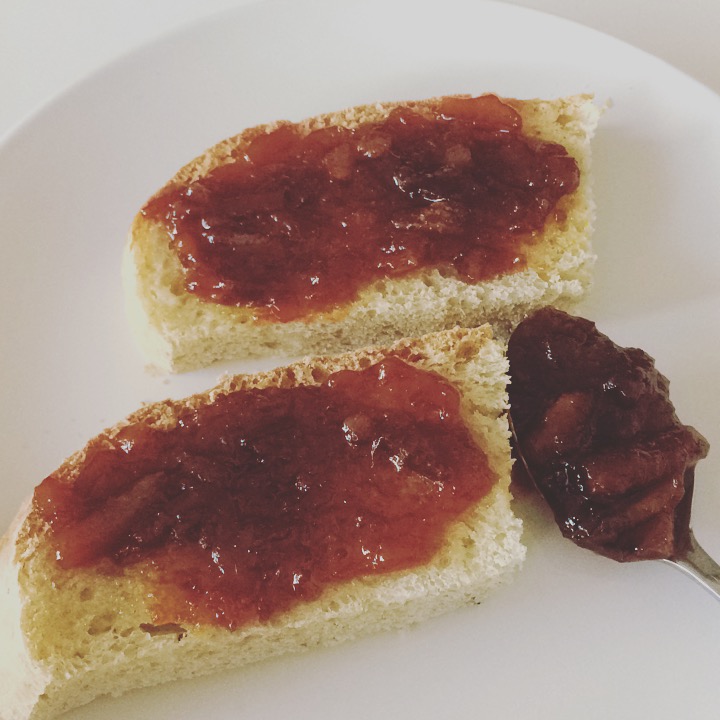 After going to the Autumn Fair 2017 at Kits Neighbourhood House and buying three very interesting jams and looking at Sheila’s Easy Delicious Marmalade recipe which she was kind enough to share with me on Facebook’s The Cook’s Community Forum (thanks, Sheila!), I decided I’d have a go at making marmalade. I’m very fond of marmalade. However, I’m also lazy and didn’t want to mind the pot for hours watch for scorching, so I looked for slow cooker marmalade recipes online. I found an adapted recipe for slow cooker Orange Marmalade courtesy of Beth Hensperger’s, Not Your Mother’s Slow Cooker Cook Book. There were misadventures, but there was also a delicious happy ending.

I wanted to make Seville marmalade but, alas, Valencia oranges are not in season yet. Undeterred, I bought a mix of Murcott mandarins, ruby red grapefruit, and Cara Cara oranges. That seemed a bit more exotic than the California navel oranges on offer.

I followed the method from the original recipe I found on Recipe Link. However, by the next morning (after all night in the crock pot) the damn stuff still hadn’t set up. The colour was right, the taste was lovely, thanks very much, but the consistency was all wrong; orange syrop…not jammy at all. So, I took a look online to see what the problem might be and stumbled on Good Housekeeping’s Marmalade making tips. The lesson in all of this? Read a bunch before you start. Learn from my mistakes grasshoppers.

By all means, use a slow cooker (overnight).  It will make the peels nicely translucent, and the citrus flesh liquify, but, unless you want marmalade syrup, you are going to have to finish it off on the stove top. i.e., boiling the bejesus out of it for a good 35 minutes to get it to set up. Or that was my experience. Having said that, it did produce a lovely dark marmalade, so I’m not sorry I made this.

Would I make it again? Unlike my (mis)adventures with gnocchi, Yes. Absolutely. It’s really very good. 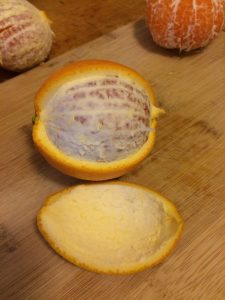 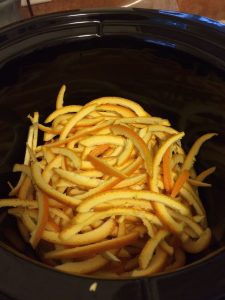 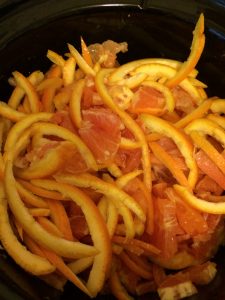 If you want to torture yourself and go through that proper process for preserving your jam, have a look at Alton Brown’s Marmalade Recipe for instructions – you could even make his recipe instead if that suits you!

Ladle the warm marmalade into clean spring-top glass jars (or use screw tops with new lids); let stand until cool. Store, covered, in the refrigerator for up to 2 months.

Makes 6-7 cups of marmalade (I’m guessing based on the containers I used).